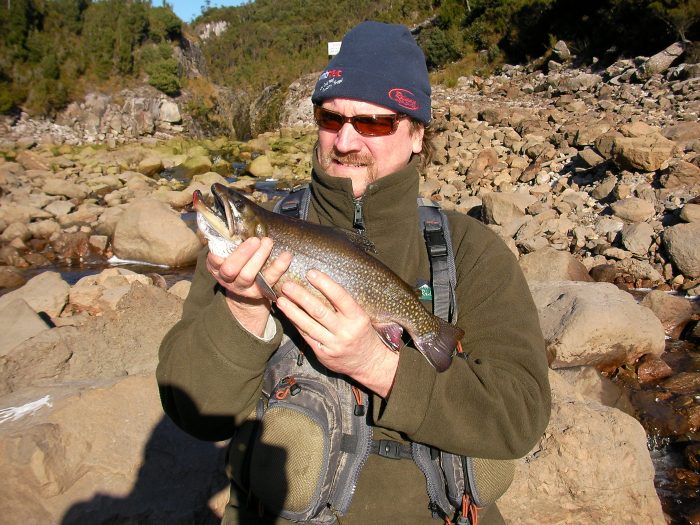 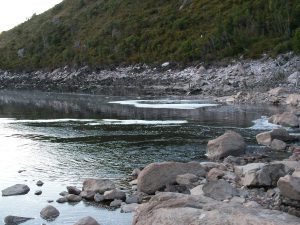 An early morning start was needed for my first shot at a Tasmanian Brook trout in my now local waters of Lake Plimpsol in the Western region of the state some 30 kilometres from Queenstown. The morning dawned as a bright sunny day but cold very cold, given the height of the water around ¾ full we decided to fish the inlet that was flowing and had a low water fall that was creating a nice amount of aeration to the water. As the current from this water falling was causing the fly line to snake on the retrieve I decided that this could be advantageous to my retrieve.

I decided to use my sinking tip line and tapered woven leader with a 6 pound fluorocarbon tippet of around 9 foot total added to that I used one of my gallaxia fly imitations. After reading an article the night before that at times if you catch 1 Brookie you may catch more as they can tend to school and on the other hand they tend to gorge on food and if you are out with your timing they can just go doggo and not attack your fly 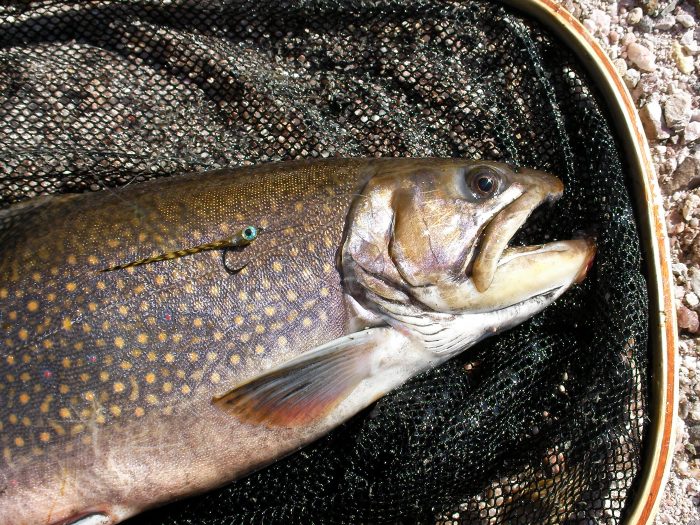 Well I tell you they must have been feeding hard prior to my arrival and where not feeding. After about 1 hour of casting without a strike it was time to decide to stick at probably the best looking spot or look around for another I had to be bloody minded about this and stuck it out. After about an hour and a half of blind flogging I was finally rewarded with with a sudden stopping of my retrieve thinking I had hit a rock but hoping not I proceeded with a slip strike just in case and I came up tight on what I thought was a rock bugger ! Hang on it”s moving yes I had hooked my quarry, after a short fight not very spirited I had my first Brook Tout in the net and was ecstatic. 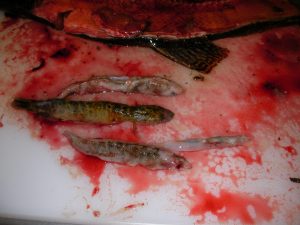 The fish was a stumpy male of about 3 and a half to 4 pound with beautiful coloration and and with spawning colors on the fins and chin. I was interested to see if the fish had been feeding and knowing that they are a nice table fish I dispatched it and gutted him to see what he was feeding on. The stomach contents included 4 rather sizable galaxia and they where probably eaten during the night before. I believe that the fish may had seen my fly on numerous occasions and possibly only attacked the fly from aggression not hunger in short having stayed and cast constantly in the one spot I was rewarded with my first Brook Trout.

I do normally return fish but this one was delicious.

If any member is thinking of a trip out west  give me a yell water levels are as good as you get at the moment. 0412706528 Brian